Miami University: The School That Built Me

Out here it's like I'm someone else,
I thought that maybe I could find myself.

If I could just come in I swear I'll leave.
Won't take nothing but a memory
from the house that built me.

-Miranda Lambert "The House That Built Me" 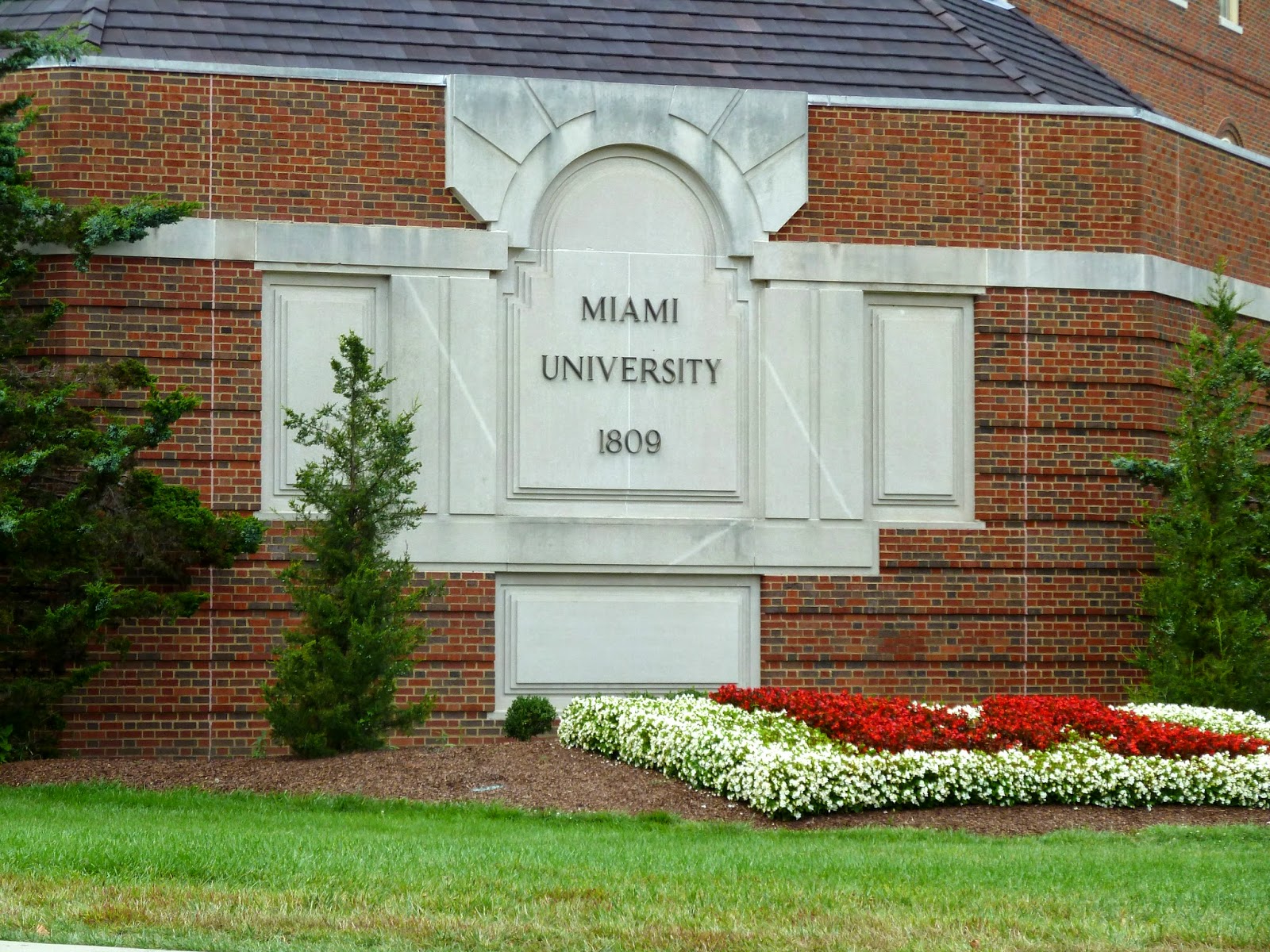 I've been feeling incredibly nostalgic lately, missing friends I haven't seen and places I haven't been to in a long time. So, this weekend I went to Oxford, Ohio to visit Miami University for the first time since 2003, the year I graduated with my Bachelor's degree in architecture. There were a number of places I wanted to see again for sentimentality's sake, and I managed to get to most of them in the few hours I was in town. 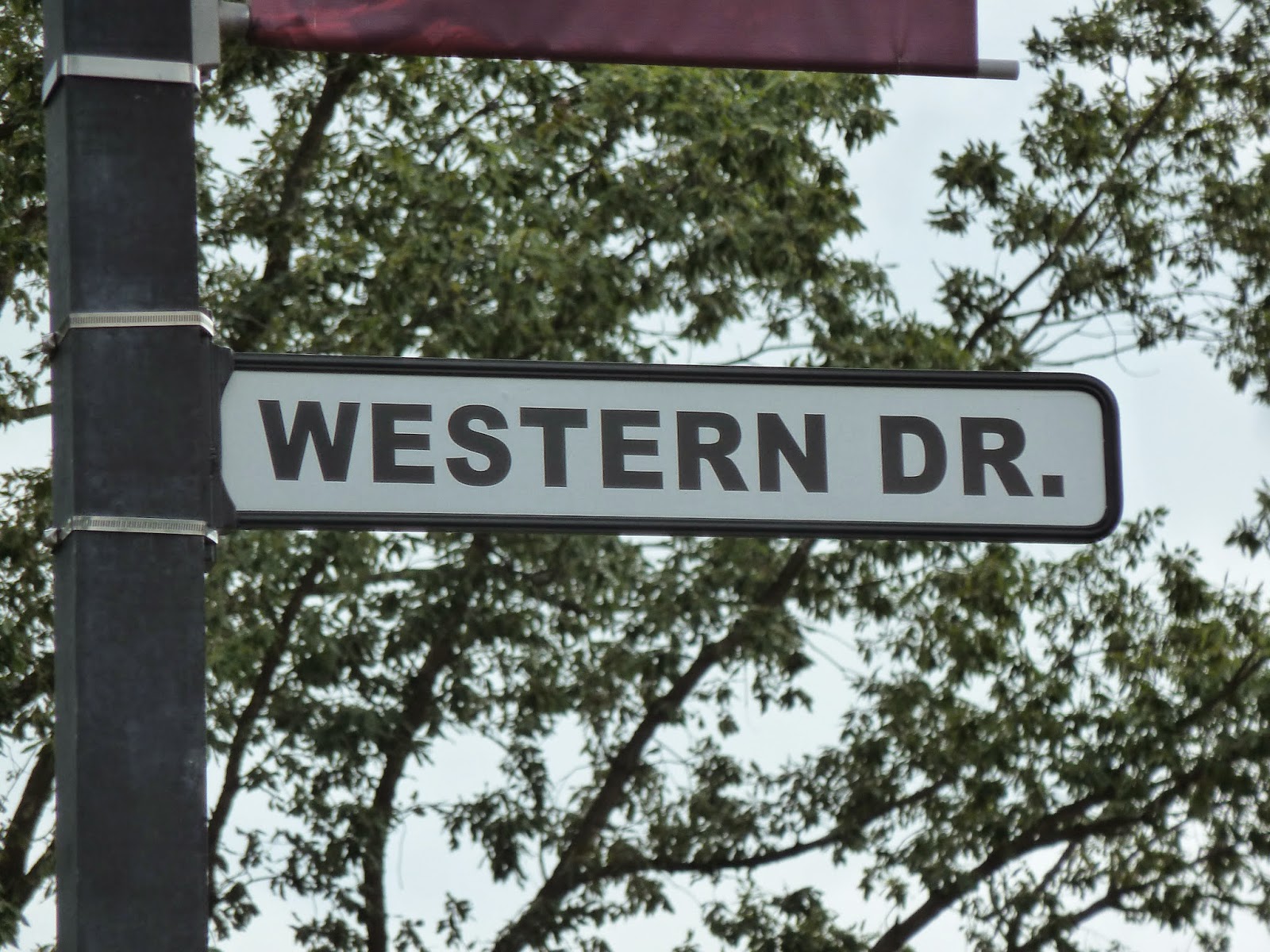 My first stop most definitely had to be Western Campus (fittingly for a rogue human like me, located on the eastern part of Miami University). I lived on Western for all four of my years at the school.

The 2014 version of Western is both drastically different than the 2003 version and much the same as well. Most prominent is the lack of the Western College Program (phased out in 2006/2007). Peabody, McKee, and Mary Lyon are now filled with students studying a variety of majors instead of interdisciplinary students and architecture/interior design students. Nobody but Paula Abdul could have predicted how we opposites would attract and form a utopia both for a grade and for our livelihoods (hey, was that intentional?! Mind. Blown.), but we absolutely did. And the students living on Western now have no idea what they're missing.


The physical elements of Western are also very different today. When you first enter, there are three large, new, modern dorms that complement the old architecture but don't mimic the famous red brick of the university. The wooded area that used to "hide" Western Campus from the main campus is also much more open, and you can see straight back to Clawson and Mary Lyon. There's a new walkway for students through that area as well.

As I mentioned though, many things are still nearly the same on Western, including the duck pond, the art museum, and the vintage prominence of Peabody, Kumler Chapel and McKee Hall.

Most importantly for me was seeing McKee, where I lived for three of my four years (I lived in Peabody my sophomore year). This was the building where I spent my first and and my last night at Miami. Where I burned my first CD. Where I saw Kelly Clarkson win American Idol. Where I saw the World Trade Center Towers fall on 9-11. And where I met nearly all of the best friends I've ever had. 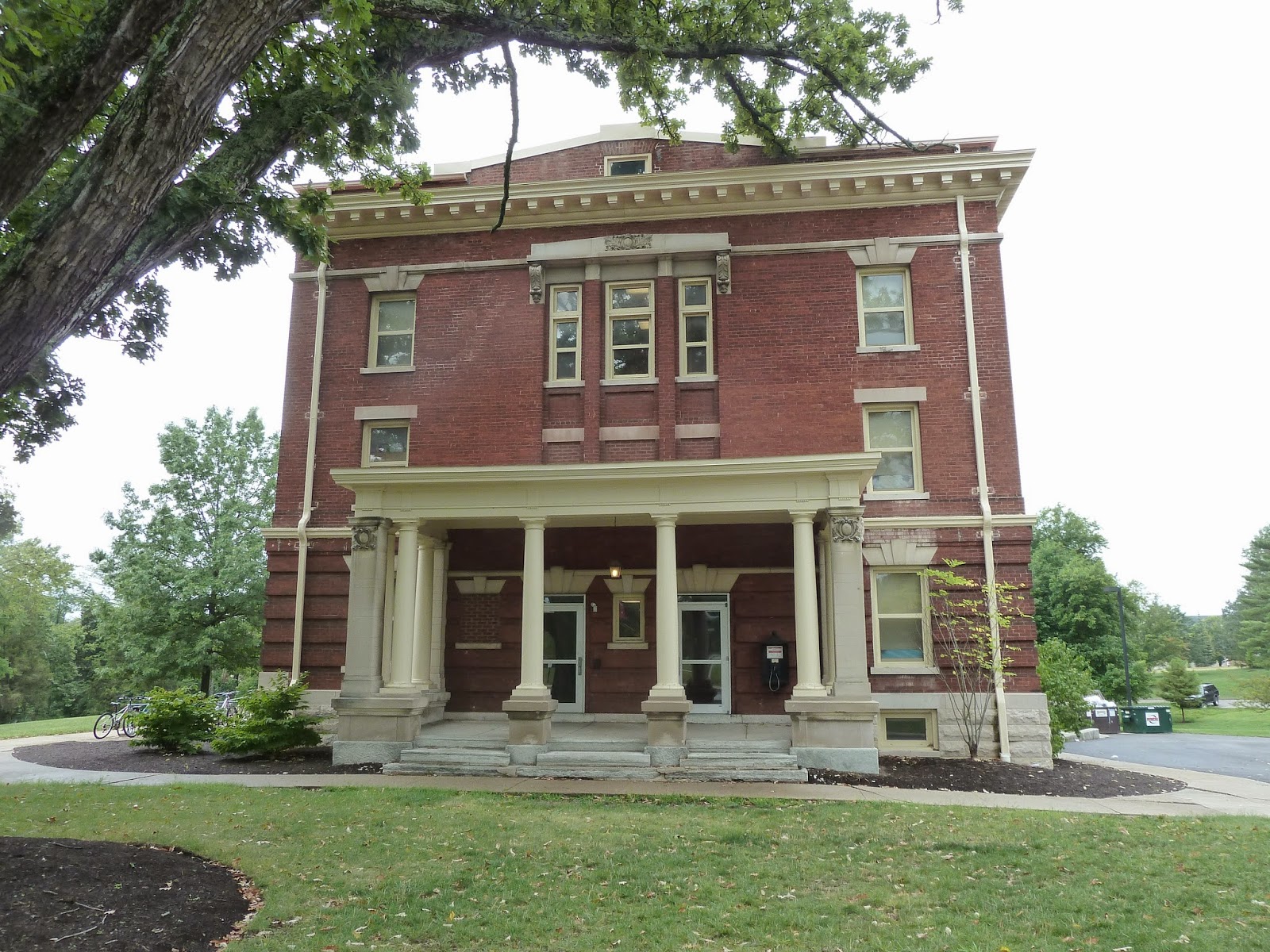 Students moved onto campus August 23 for the fall semester, so I was able to walk through the inside of McKee. Not much has changed (besides some new selective paint and carpeting). And this tree (yes, only the tree) got way bigger. 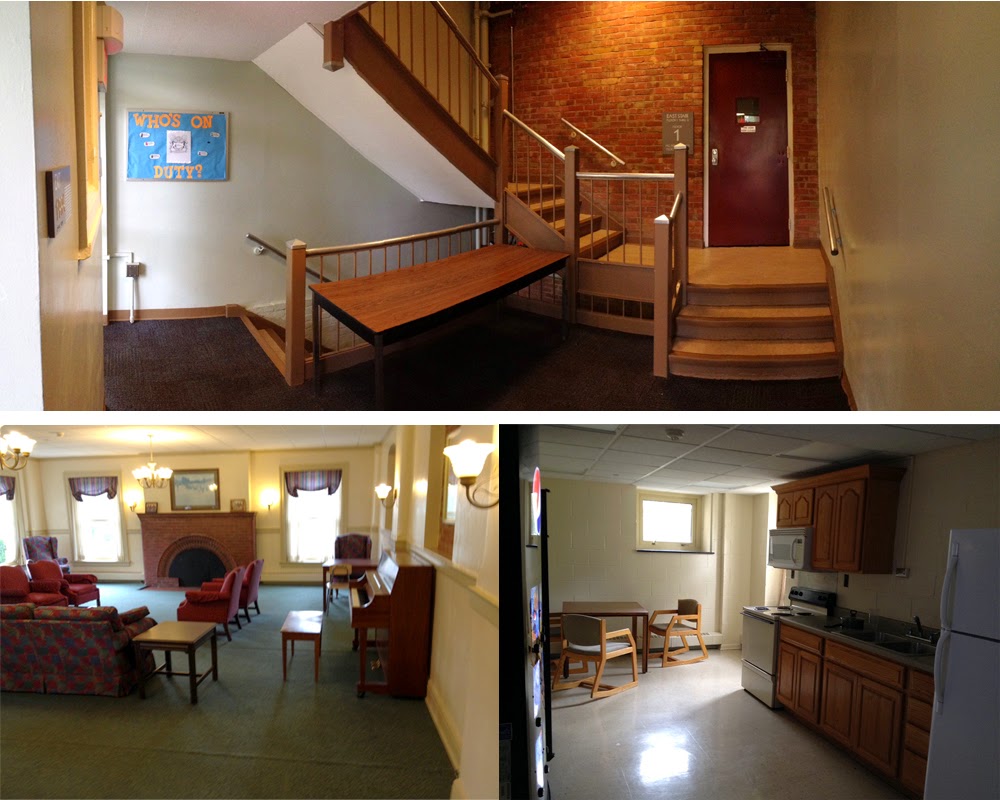 The second and third floors do, however, have these curious walls blocking in the rooms in the back, eliminating the open space meant for innocent debauchery (oh wait, is that again the point?).

After seeing McKee, I briefly stopped at Peabody (though I didn't go inside. Helen needs her privacy too). The porch swing is replaced with a regular bench (again, where is the respect for debauchery?!), but the place where I created my first website and had a small but crucial role in Miami's production of The Vagina Monologues (don't worry, those two things are unrelated) still looks mostly the same from the exterior. 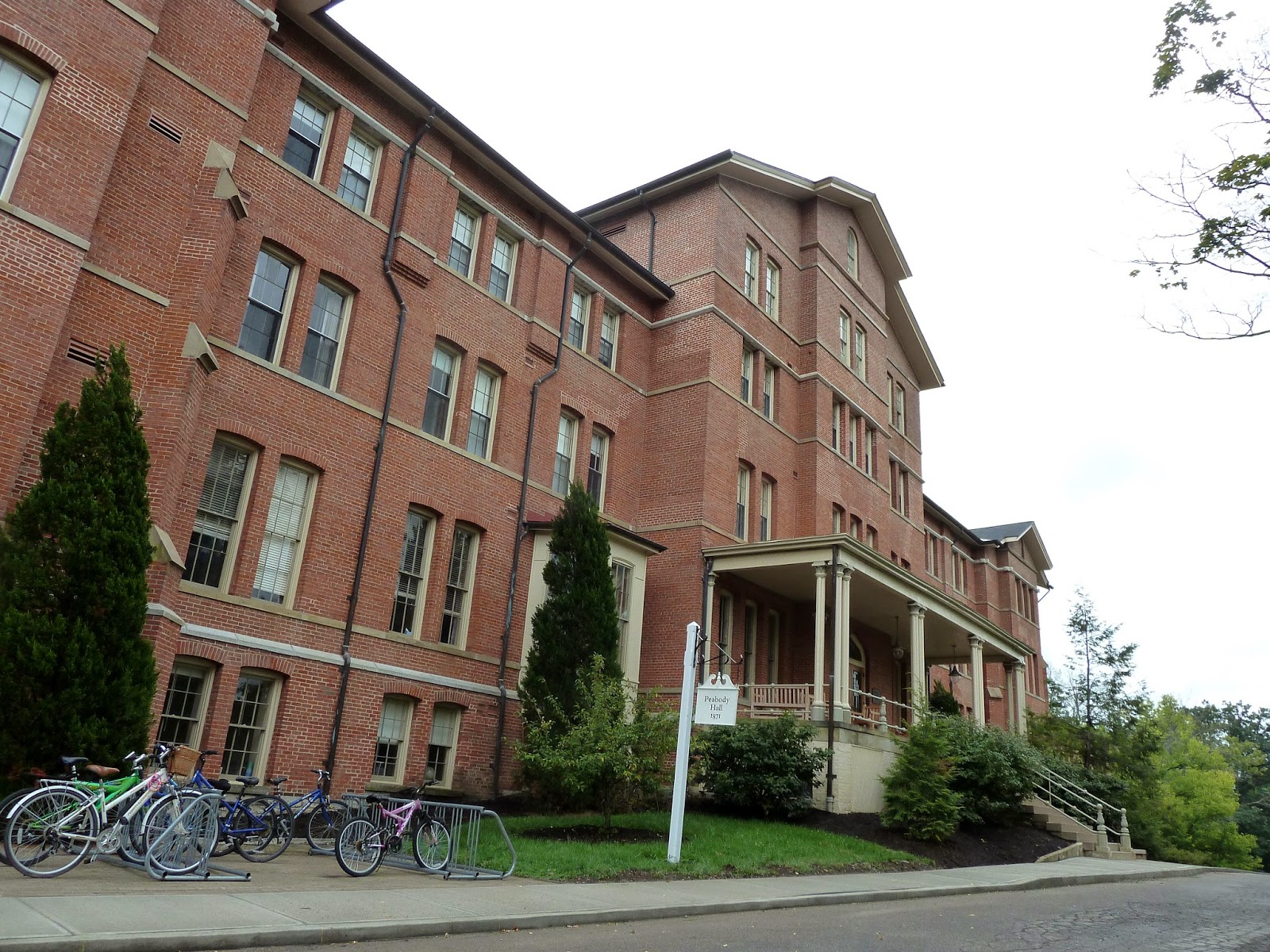 Next I stocked up on my school loyalty at the two uptown bookstores (clearance, because I'm still paying for that architecture degree in more ways than one) and ate at the legendary Bagel & Deli (I ordered the Terrapin, because what is roast beef on a steamed bagel without cream cheese and honey mustard?). 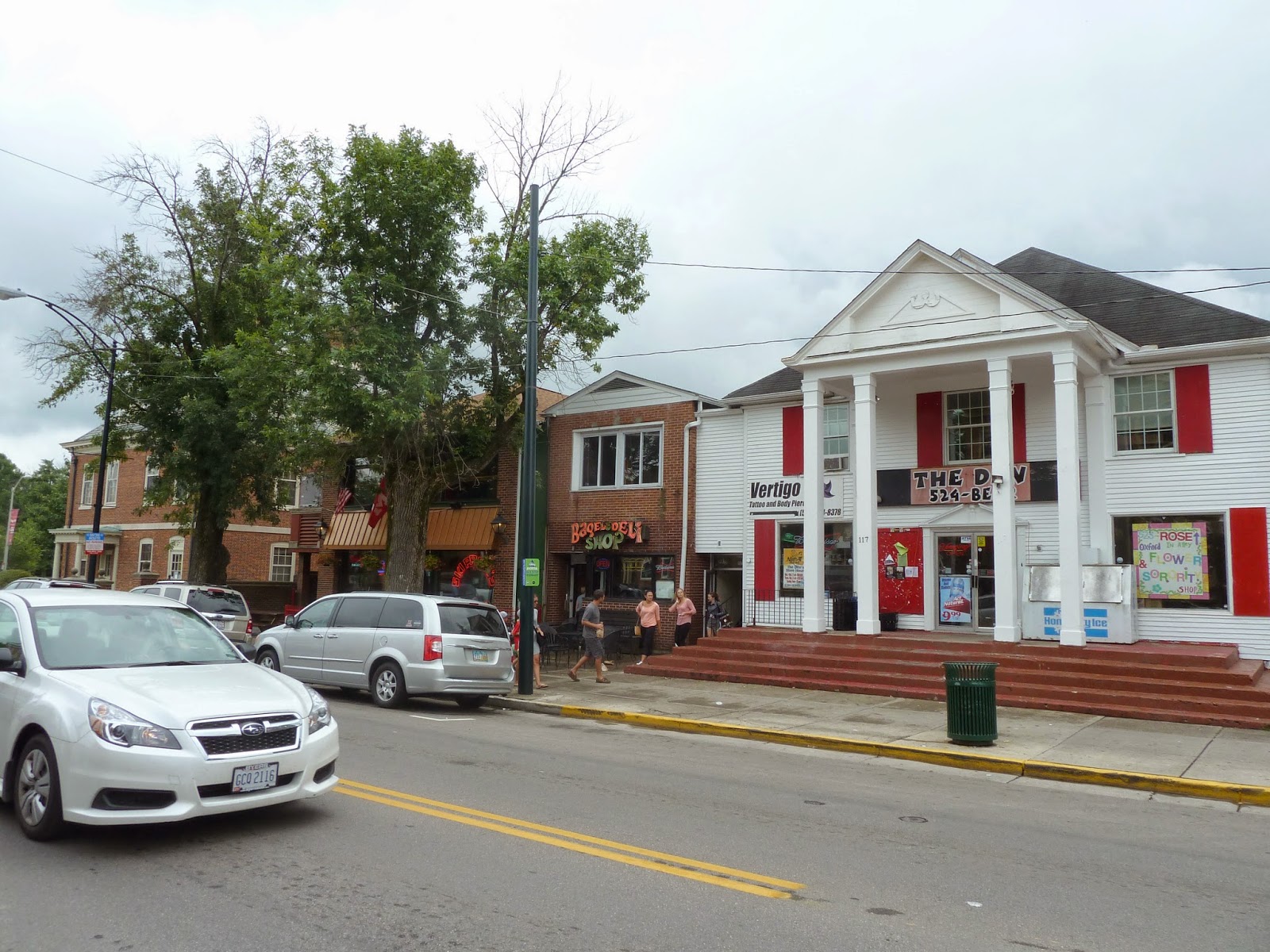 Driving through uptown toward the Walmart and Kroger area, the first major change is that the former Walmart site is now empty (possibly being replaced by more apartments or retail?) and Google tells me Walmart is now much farther down US 27. There is also a lot of new retail (including a CVS and a few restaurants) across from Ace Hardware. Gone are the days of having two options for buying everything from toothbrushes to pretzels.

But, back to my quick look through campus, Alumni Hall (home of Miami's sleep-deprived architecture and interior design students) hasn't changed much at all. In fact, there were many students already in the building this weekend, the first since school started this fall. 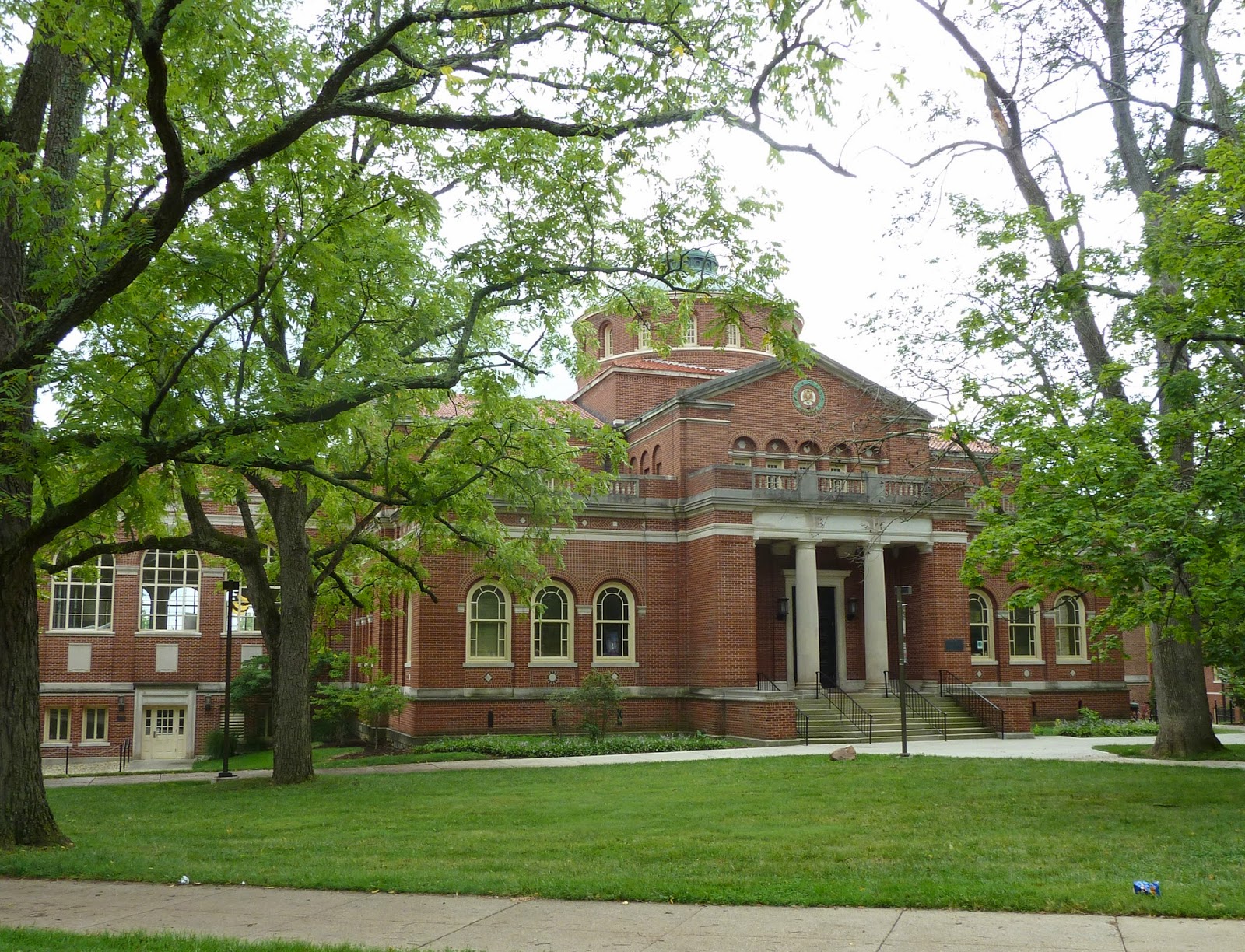 It was nice to see several models made by my classmates still on display between the atrium and the rotunda. Mine was made out of macaroni or something, so it's not still there. Have I mentioned I'm not an architect? (It's okay, I still make things, which was always the point.)

I took several more pictures on campus, which you can see here. 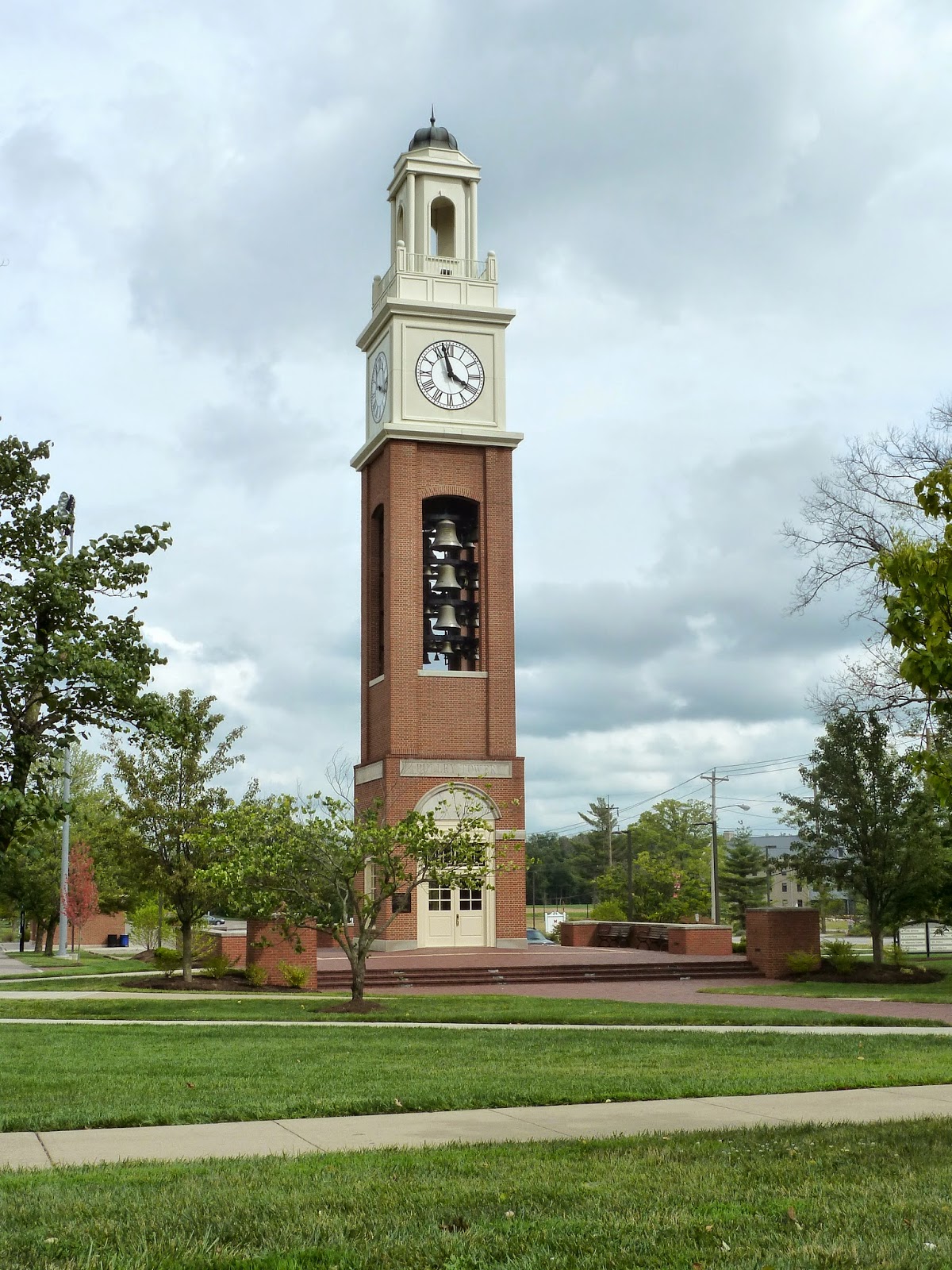 Catch ya next time, Miami.