My 2013 "touring" schedule ended with fantastic concerts by Sara Bareilles, David Cook, and Amos Lee. While each of these artists is admittedly very different from the other two, you can still link the trio through their genuine passion for music. The output might vary, but in the end there is unity. 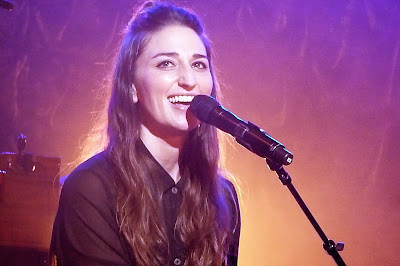 In October, Sara Bareilles performed at Lakewood Civic Auditorium near Cleveland. Don't let the "fancy" name fool you, this venue was a high school auditorium that somehow got itself on a booking list for artists like Sara, Barenaked Ladies, Amos Lee, John Mayer, Jason Mraz, and more. Sara may have just played Radio City Music Hall for the first time mere days earlier, but nothing grounds a rock star like booster clubs selling dollar bottled water to your show or your front row fans standing in what was, less than 24 hours earlier, inhabited by a Proactiv-wearing bassoon-player. 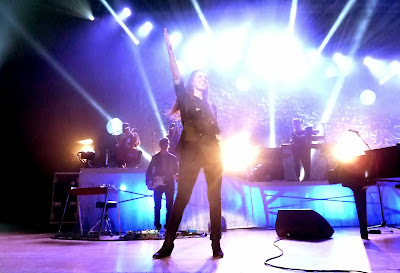 No matter though, Sara put on as incredible of a show as ever (featuring a brand new band and heightened production that could - and did - slightly jar a Sara B. fan of yore). She captivated that suburban Cleveland crowd like a boss. Even if she has come a long way in the past few years months. She's nominated for "Album of the Year" at the 2014 Grammy Awards for "The Blessed Unrest" and, honestly (see what I did there?), you can't turn on the TV or an app without hearing her voice on a Microsoft commercial.

Just remember, I told you about her first.

All my photos are here. 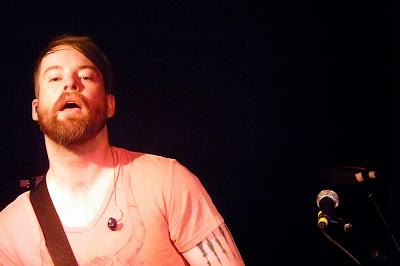 Also in October, David Cook (Season 7 winner of American Idol) performed at The Ark in Ann Arbor. I've mentioned before that The Ark is one of my favorite venues of all time; you just can't beat the low ticket costs, intimacy, seated general admission, and near definite chance of meeting the artist at the merch booth after the show. It's a can't-miss stop for music lovers, and I was really happy to see David in such a welcoming place. 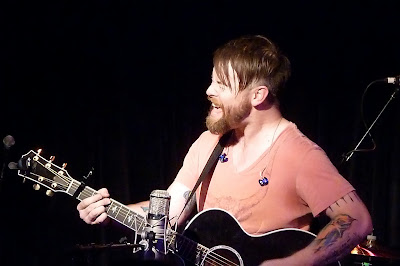 Recently record label-less, David performed a casual set of old hits as well as a handful of brand new, unrecorded tracks that really show a lot of promise for his upcoming projects. In particular, I thought that "Eyes on You" and "Kiss and Tell" could really help him regain many of the listeners he unfortunately lost over the years. He has the talent, charm, and proven ability to get a second chance in the music industry, and I'm hopeful he'll reach the success of 2008 once again.

My photos are all here. 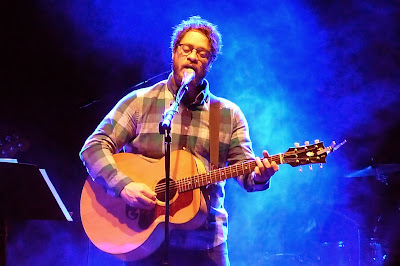 Lastly, I saw Amos Lee in Royal Oak this past November. I had seen Amos live two times before, both at The Ark in fact, and it was really nice to see him take advantage of the capabilities a slightly larger venue can offer. I was especially excited to hear him perform tracks from his brand new record, Mountains of Sorrow, Rivers of Song, particularly "Chill in the Air," a beautiful and haunting ballad that, on the studio version, features Alison Krauss. 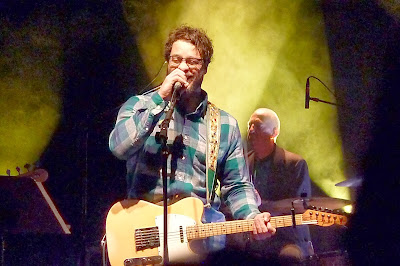 Amos' voice is one of few that physically reaches under my skin, grips my soul, and makes me believe in all the good shit in life. I know that sounds cheesy and crass at the same time (I have many talents), but whether listening to his voice live or through a speaker, I can always count on being transported to another place, one to which I can't wait to return (and I will - at the Lakewood Civic Auditorium in March. Shit just came full circle).