Life and Breath and Summer Music

Like my friend Jon McLaughlin says, Summer is over, and I have been remiss in blogging about the last four concerts I saw over those lovely months. Now it's time that I catch up on those shows that took me as near as Detroit and as far as Nashville. 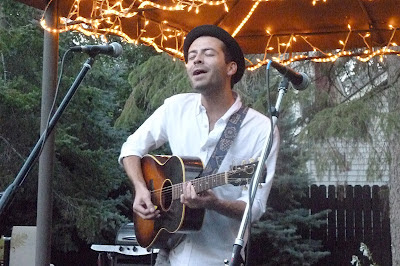 In late August, a very special and (for now) once-in-a-lifetime performance took place at the Wynne family home in Taylor, Michigan. Extreme lovers of live music, the Wynnes invited talented singer-songwriter Javier Dunn to perform in their backyard for a crowd of under 50 people. Some of you may know him as Sara Bareilles' touring guitarist and BFF, and he has indeed traveled the world supporting her music. However, this evening was all about Javi, his generosity and his gift. He played a gorgeous setlist of his own work as well as covers (including Robyn's "Call Your Girlfriend") for more than an hour. He also shared that he has recently signed a record deal with Red Parade Music and plans to release new music very soon. He also promised to come back to the Wynne's home next summer for an encore.

Check out all my photos of the evening here, as well as another video below of Javi's new song "79". 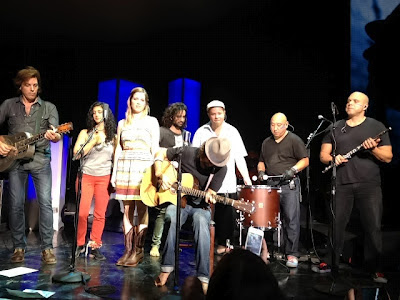 Soon after the Javier Dunn show, my friend Colleen (of the famous Wynne family mentioned above) were able to score a couple last minute third row pit seats for the Jason Mraz "Tour is a Four Letter Word" concert in Clarkston (Detroit). The seats turned out to be second row, putting us even closer to the action of Mraz and his famous style of mid-tempo jams. Highlights definitely included "You Fckn Did It" (with pristine percussionist Mona Tavakoli of Raining Jane) and a revamped version of "Plane," as well as deep cuts rarely performed live, "Halfway Home" and "All Dialed In". Mraz of course ended the show with massive hits "I'm Yours" and "I Won't Give Up," sure to make the casual fans (particularly the ladies) squeal with delight. At least until they realize that the latter is written about Tristan Prettyman, Mraz's ex-fiancee and fellow singer-songwriter, who he did give up on. Oopsies.

Check out a video from the show and the full setlist below, as well as the rest of my pictures (including several of opening act Christina Perri) here. 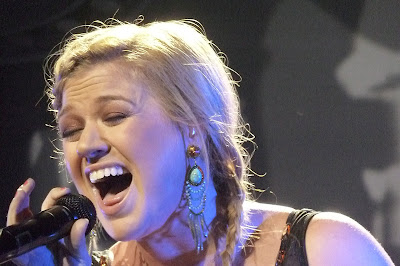 I was lucky enough to see the KC/F/CL tour three times this summer, all of which culminated in a fantastic weekend in America's musical heaven: Nashville. Recently earning her first Female Vocalist of the Year nomination from the CMA Awards, Kelly has admittedly given her audience much more than the pop music over the course of her 10-year career; she has also exhibited a love and knack for country music since winning Idol (don't forget this pre-Aldean, pre-"Because of You" remake gem of a duet with Reba from 2002, which blossomed into a friendship and working relationship that nobody ever could have predicted). Thus, Kelly's show in Nashville (also the last tour date of her 2012 North American Tour) was a crucial one.

Kelly gave an outstanding performance for the high energy crowd, including two fan requests (as opposed to the typical one she does each night): Carrie Underwood's "I Know You Won't" and an incredibly emotional version of Vince Gill's "Go Rest High on that Mountain," a tribute for Kelly's dear friend and guitarist, Aben Eubanks' uncle, who recently passed away.

Carolina Liar and The Fray gave their best performances of the three tour dates I attended, clearly giving a little extra to cap off the North American travels. Kelly and The Fray are currently touring Australia and Europe for the next leg of the tour.

All of my photos can be found here, and the full setlist is below. 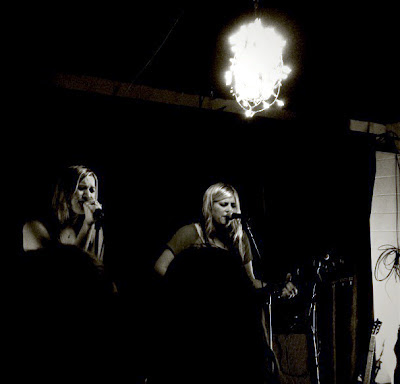 Last but not least, I attended a special album release party in Nashville for JillandKate's new "Heart of Stone" LP. Full-time, the duo travels with Kelly Clarkson as background vocalists, but they have also proven to be innovative singer-songwriters with their own catalog of introspective and catchy pop. J&K debuted a handful of new songs and performed a couple of classics ("Pop Song" and "East Coast Bound") before signing freshly pressed CDs and taking pictures with the intimate crowd of about 100 attendees.

All of my photos can be viewed here.

And if you're consistently on the hunt for new, quality music, definitely check out the "Heart of Stone" album (and J&K's other music) on iTunes or their personal website. My favorite tracks include "What Do You Say," "I Come Alive" and (bringing clarity to the title of this blog post) "Life and Breath and Everything".
Posted by Abby at 10/04/2012