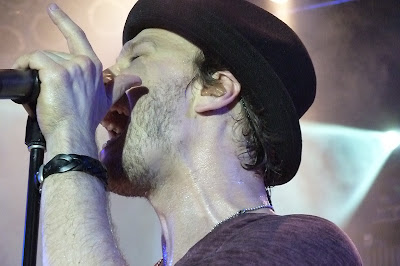 Gavin DeGraw and Colbie Caillat brought their co-headlining tour to Centennial Terrace in Sylvania this past Wednesday, each putting on a nearly full set of hits. It was a beautiful, Toledo-area evening with the two artists performing their massive singles, as well as a number of other songs you didn't know you knew.

After a short and engaging set by The Voice season 1 winner, Javier Colon (who sadly has already parted ways with his new record label), Gavin took the stage to showcase his trademark voice, energy and soul. Highlights included his early singles "Follow Through," "Chariot" and "I Don't Wanna Be" as well as a cover of Aloe Blacc's "I Need a Dollar." Even Sweeter were songs from his newest album of the same name, including the title track, "Not Over You," "Radiation," "Candy," "Soldier" and "Run Every Time." 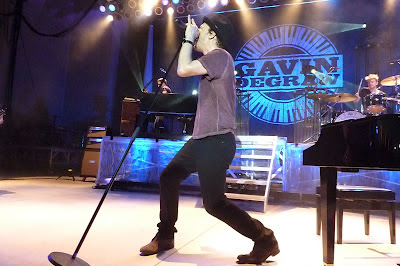 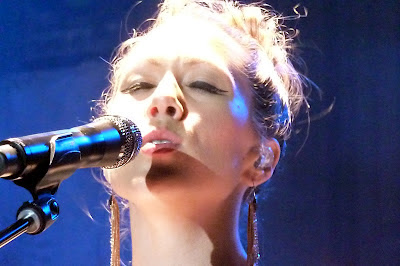 Colbie performed next, bringing a much softer, mellow feel to the stage than Gavin before her. With soft lighting and a vase of fresh flowers by her mic, she sang a mix of songs from her albums, including smash hit "Bubbly" and more recent hits like "Brighter than the Sun." Her band put a new spin on "I Never Told You," which featured the funky back beat of Lauryn Hill's "Doo Wop (That Thing)" and eventually transitioned into a full-on cover of the song. 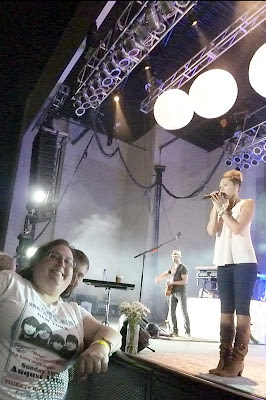 I highly recommend seeing the Gavin/Colbie tour if it comes to a city near you. Great two-for-one deal for two great artists.