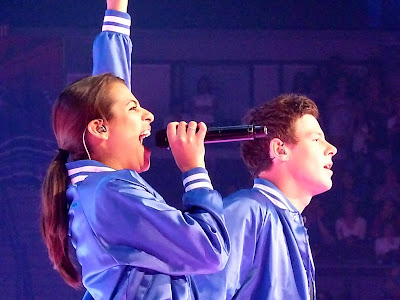 Glee Live! In Concert! came to the Detroit area this past Monday night performing to a sold out crowd at The Palace of Auburn Hills. Not originally intending to see the show, I succumbed at the last moment to a third row seat that I magically found the day of the concert. (Full disclosure: I don't have super powers. But, thank you for asking. Truth is, the night before the show, the venue opened up an entire new section in the pit adjacent to the stage.)


Detroit! I am terribly sorry I couldn't be at the show tonight, it was out of my power. I WILL be back tomorrow. Much love, Di

Because Dianna wasn't there, her duet with Chord Overstreet (of Jason Mraz's "Lucky") was cut out of the setlist. However, the show didn't miss a beat, keeping the crowd of about 15,000 screaming (No, seriously. You haven't heard screams until you've heard 15,000 Gleeks losing their shit) for the entire 90-minute show. 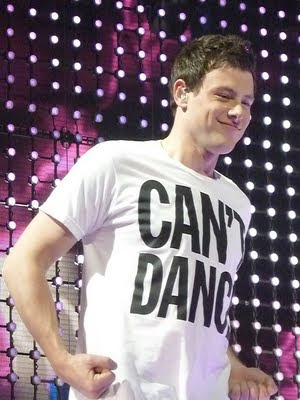 For me, Naya Rivera (my girl, representing Lima Heights Adjacent) was a highlight of the evening, performing fierce renditions of "Valerie" and "River Deep Mountain High" (with Amber Riley). Her character in general is just perfect to me. She's a total bitch, but I forgive her because she's smart, tormented and beautiful. Don't judge me. 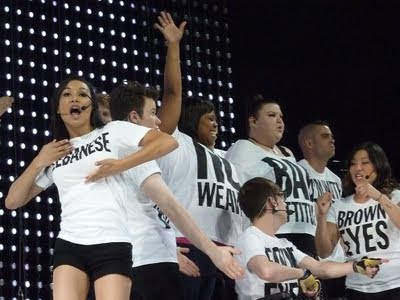 Also bringing stellar renditions of Glee classics were Judy and Babs Chris Colfer and Lea Michele, who didn't need autotune to do justice to the classic, "Happy Days are Here Again/Get Happy" on the B-stage (this was an awesome idea on the part of the set designers. In addition to a large T-shaped catwalk, the second stage allowed much more of the crowd to feel closer to the action than just the first few rows). 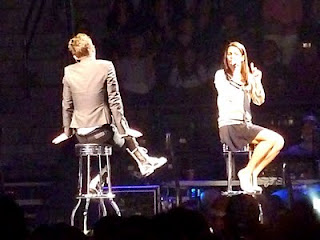 The concert was just utterly joyful. For a TVnshow that jumps drastically from family-friendly to dark and twisted, the live performance gave attendees of all ages to enjoy a night of campy fluff. Hopefully the show continues to tour annually and everybody can have a chance to let their Gleek flag fly.

Please check out all my photos here.