As a digital girl living in a digital world, I've been thinking a lot lately about the decline of music industry sales and the effects that trend has on my favorite artists. Just a few years ago, mainstream artists that went platinum (selling a million copies of an album in the U.S.) were viewed as more of a norm than a rarity. But, today – as a result of illegal downloading, the explosion of single track sales, and a recession – even the most famous singers and bands are struggling to reach six figure album sales.

So, it's really refreshing to discover new and revolutionary ways artists are battling the low sales trend. Just recently, I came across Kickstarter, a website that allows pretty much anybody to help fund a project. Whether it's an up and coming singer-songwriter trying to release their debut album, an independent film company trying to raise money for special effects, or a tech company trying to create a brand new product, Kickstarter allows a social network of individuals or companies to get the project off the ground.


Kickstarter is the largest funding platform for creative projects in the world. Every month, tens of thousands of amazing people pledge millions of dollars to projects from the worlds of music, film, art, technology, design, food, publishing and other creative fields… This is not about investment or lending. Project creators keep 100% ownership and control over their work. Instead, they offer products and experiences that are unique to each project. All or nothing funding. On Kickstarter, a project must reach its funding goal before time runs out or no money changes hands. Why? It protects everyone involved. Creators aren’t expected to develop their project without necessary funds, and it allows anyone to test concepts without risk.


One of the coolest elements of the website is the offering of incentives for those that fund the projects. For example, Green River Ordinance (GRO) is a Texan band that has been working up the ranks of the music industry for about 10 years. They have seen a lot of modest success over the past couple years, touring with acts like the Goo Goo Dolls, Switchfoot, and David Cook. One of their tracks was also featured as the "goodbye package song" on a recent season of So You Think You Can Dance? 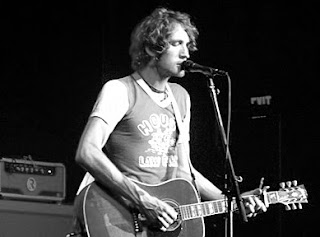 However, the band also recently decided to gain more artistic control over their music by leaving Capital Records. As a result, they began a Kickstarter campaign to raise the $15,000 needed to fund their upcoming project. As you can see from the link above, the band surpassed their goal on September 15 and have to date been pledged more than $41,000.

GRO has offered backers a range of incentives including advance receipt of its new album two weeks before the street date ($12), ability to have the band play a private show in your house ($2,500), the ability to write, play, record, and produce a song with the band ($4,000), and more. Sure, some of the more elaborate incentives are out of range for the average fan. But, no matter how much you can fund, imagine the gratification of helping your favorite artist (in a small or large way) get their chance for success.

Hopefully, sites like Kickstarter encourage additional revival of the music industry as well.
Posted by Abby at 10/25/2010