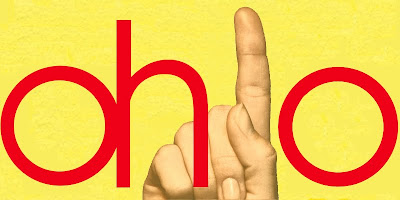 It has been a good year for the Buckeye State in pop culture. While Ohio is far from what most would call rich in pop culture, we have our moments – Katie Holmes, Tony Packo’s, Sarah Jessica Parker, and other Ohio-related celebrities and trends give us glimpses of pop pride. But, this year, Ohio seemed to shine brighter than ever before.
Here are just a few of the ways Ohio “popped” this year:
Perhaps one of the biggest nods to the state this past year is pop culture phenomenon, Glee. The show is set in Lima, Ohio and makes reference to its western Ohio home in nearly every episode. Nuggets of Ohio culture mentioned on the series include discussion of King’s Island, Cedar Point, the Cincinnati Reds, and more. 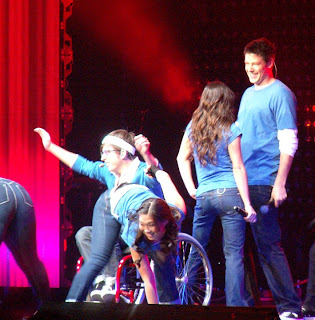 In one episode, Will Schuester, played by Matt Morrison, even traveled to Dayton to buy Challenge CarboGels Dietary Supplement in Sue Sylvester’s favorite flavor: appletini. 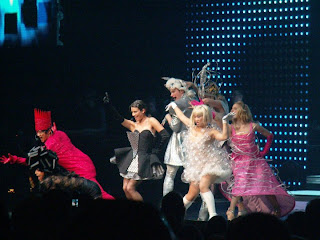 “I'm off to notify the Ohio secretary of state that I will no longer be carrying photo ID... because people should know who I am.”

- Sue Sylvester
Another big source of pride for Ohio this year is Crystal Bowersox, runner-up on the ninth season of American Idol and Elliston (Toledo-area) native. Crystal visited Toledo during the Idol top three contestants’ hometown visits and sang the National Anthem at a Toledo Mud Hens game. But, the true exposure came when her original song, “Holy Toledo,” was the first original song by a contestant to ever be played during competition. Idol is pretty set on its “covers only” mentality, so the publicity for Crystal’s song and her hometown was pretty special. 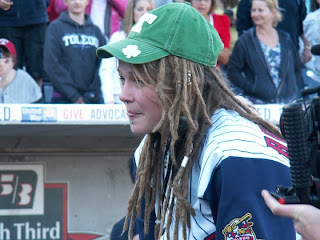 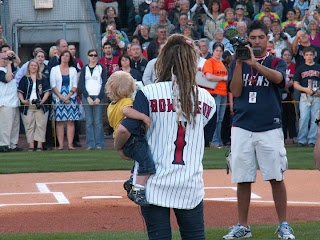 Silly Bandz – brightly colored silicone bands shaped like animals, letters, cartoon characters, and more – are the newest craze for kids across the world, and they originated right here in Toledo. Local businessman, Robert J. Croak came up with the invention after traveling to Asia for a trade show; he manufactures them in northwest Ohio.
Kids love to stretch them out to wear as bracelets; when taken off, they revert back to their original shapes. Schools across the country have banned them in the classroom, because kids also love to trade and fling them. The danger isn't quite as serious as slicing your wrist open with a slap bracelet (a real fad-induced fear during my childhood). But hey, fashion is pain.
Dozens of knockoffs have surfaced over the past several months, and it remains to be seen whether Silly Bandz are destined for long-term success or for the chest of misfit toys. But, the company is working to expand its offerings in order to remain relevant in the years to come.
LeBron James has been with the Cleveland Cavaliers since 2003, but his monstrous popularity (both positive and negative) has skyrocketed in the past couple of basketball seasons in which he narrowly, and heartbreakingly, missed winning championship rings.
Arguably the biggest star in the NBA, LeBron was born and raised in Akron. He made a name for himself as a blossoming superstar while at Akron’s St. Mary High School. It’s been decades since Ohio won a championship in any major professional sport, and the pressure for history was placed on LeBron’s shoulders. However, after seven seasons with the Cavs, Lebron’s likely to move on to another team before the upcoming season begins.
In 2010, there’s no doubt that the hottest 88-year old on the planet was Betty White. The sole surviving Golden Girl, she has a recurring role on the new TV Land sitcom, Hot in Cleveland. The show received the highest ratings in the channel’s history.
"He showed me all around Cleveland, and I'm telling you, it's nothing like we think. They have symphonies and museums and light opera. OK, so nobody really likes those things, but they have them."
Hot in Cleveland revolves around three women in their 40s whose plane crash lands in Cleveland on its way to Paris. Often ignored in their hometown of LA – where anything over 30 is deemed ancient – they revel in being noticed by men their own age.
“Cleveland is the Paris of Ohio."
“No, that’s Toledo."
Posted by Abby at 6/29/2010